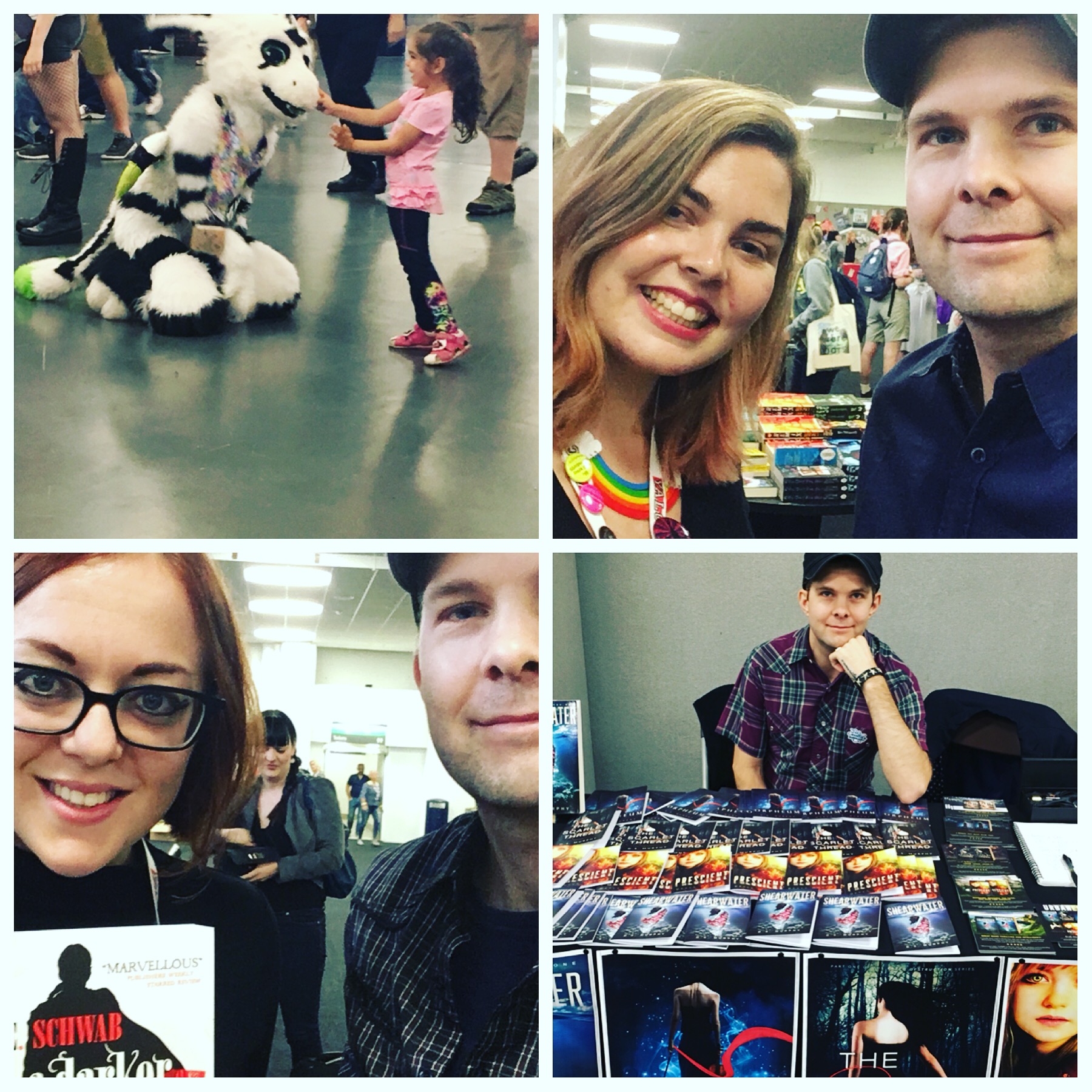 Last weekend we left Taiwan and headed to London for #yalc (London’s Young Adult Literature Conference, which was part of ComicCon). I got to see some young adult authors, some pro-wrestlers and about half the cast from Game of Thrones, which was awesome.

I also gave out 400 mini booklets I’d printed, which had the first four chapters or so of the four books I have on Amazon. So that was fun.

I’m catching up on work and fixing some of my platforms so that this fall I can focus on writing – I’d like to finish up each of the stories I’ve started so far, and hopefully put out a few more.

In the meantime, I’ve made this giveaway for you of books I got signed at YALC.

CHAPTER ONE “Cora, this is the worst idea you’ve ever had.” I whistled between my teeth. “I do...

This is *episode one* of a prequel urban fantasy – it’s meant to be fast and exciting,...

Best YA fantasy authors that I love

Today I had a book promotion that got me to #1 in a few categories, and I adore metaphorically rubbing shoulders with other bestselling authors in my genre – so I wanted to chronicle the moment by listing some of my...

Sign up now to get sneak peaks of our bestselling series starters and a free fantasy novel!
Download

Here are some of the books I’ve read and loved recently. Click here for a full list of my favorite books.

Our FREE starter library contains 10 thrilling samples from our most popular series starters, and the first installment of a brand new epic fantasy series (with dragons). Should I send it to you?

NO THANKS, I DON'T NEED MORE BOOKS.